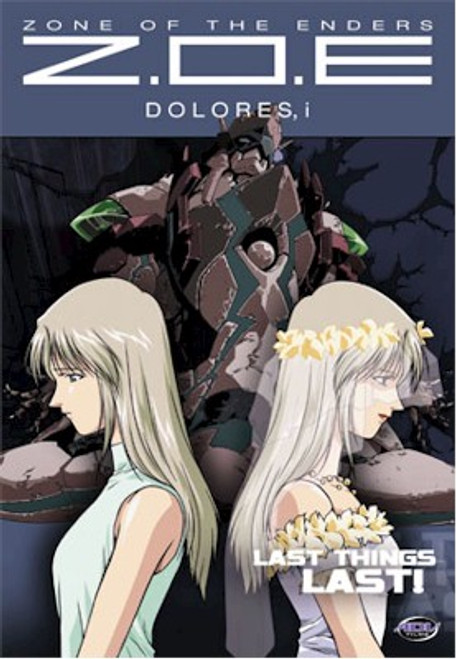 Zone of the Enders-Dolores, i: Last Things Last! The final contest has begun now that Radium Lavans has emerged to make the brutal intentions of Mars fully known. There's only one power in the universe mighty enough to stop the destruction and mayhem that this insurrection will cause: Metatron! Only problem is, everyone's got some! With Dolores still in the middle as the key to tipping the scales on either side of the growing conflict, James Links must corral not only his family, but also his wits to somehow rescue both Earth and Mars from each other! The final countdown has begun. Prepare to win or die.

Zone of the Enders Wallscroll #283

Zone of the Enders Wallscroll #283