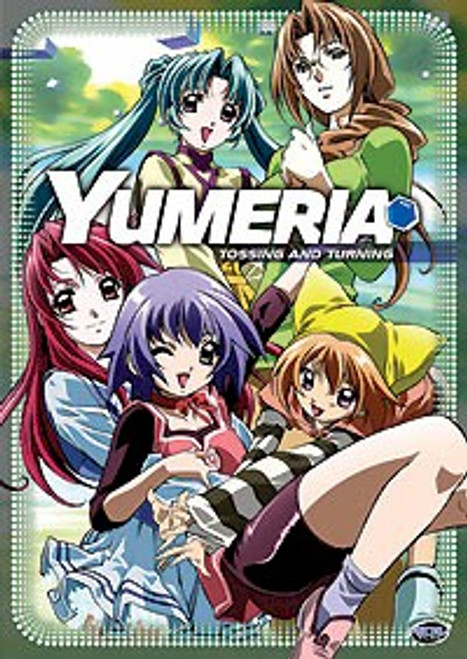 Take a half-dozen scantily clad gals, a sixteen-year-old with newfound supernatural powers, and an army of unstoppable enemiesα What do you have? Just another day in the life of Tomokazu Mikuri, the bumbling hero of Yumeria! It could have been a dream come true for this girl-crazy loser, but the more time he spends trying to save the world, the more it becomes a nightmare. It doesn't help that his curvaceous crew of housemates and heroines have taken an interest in super-skimpy swimsuits! But if Tomokazu doesn't rein in his hormones, the evil enemies will defeat mankind without a fight. On the other hand, if this disc weren't packed with skirt-chasing, peek-taking, half-naked, bouncing, blushing mishaps, it just wouldn't be the oh-so-revealing second volume of Yumeria!