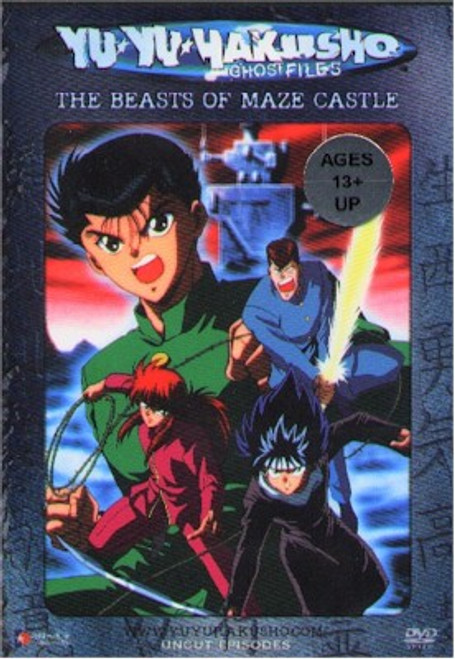 One of Yusuke's teammates has been badly injured, and Kuwabara insists on fighting the next enemy all by himself. Before the bickering group can disagree, a ferocious roar slices through the castle. Byakko, the second Saint Beast, is waiting! Now Kuwabara must stay true to his word and face the great White Tiger alone. Even if his new-and-improved Spirit Sword is enough to defeat this monster, many more dangers still await the team in Maze Castle! Episodes 16 - 18: Byakko, The White Tiger Byakko's Lair Seiryu, The Blue Dragon