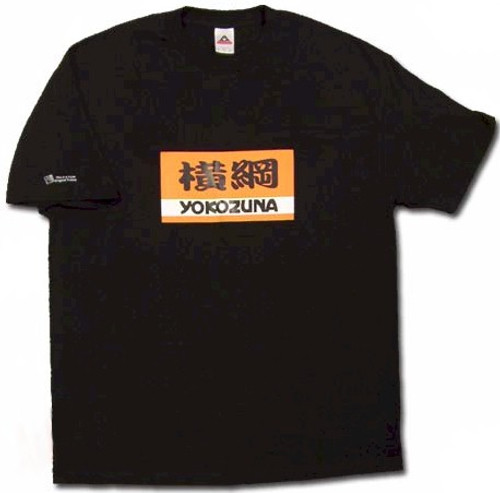 While McDonald's is quite famous in Japan, the original "fast food" isn't the hamburger, but something more traditional: beef bowl, called gyudon, basically a bowl of white rice with flavored beef on top. The most famous chain of beef bowl restaurants is Yoshinoya, with over 1000 restaurants in Japan and many more in the U.S. and Asia. This new shirt is the perfect parody of this famous company's corporate mark, because we've replaced the name Yoshinoya with "Yokozuna," which is the name of the highest rank in Sumo wrestling, Grand Champion. It's both pleasing to look at for its 'sthetic design and a great joke that will get chuckles from any Japanese who see it.

Yona of the Dawn Graphic Novel 03

Yona of the Dawn Graphic Novel 06