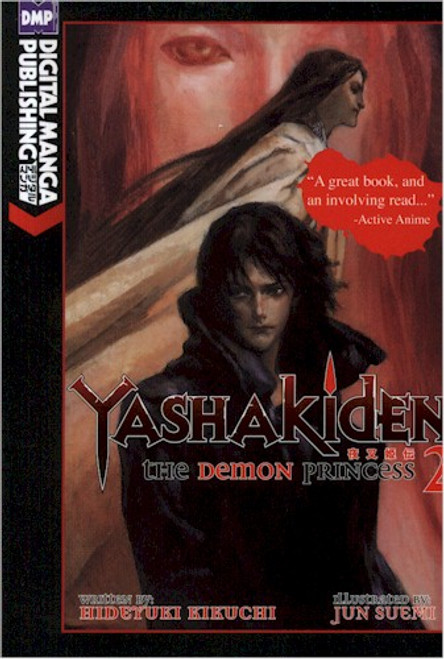 Four Chinese vampires have come to Demon City Shinjuku. Led by Princess - the legendary evil vampire queen of ancient China - elderly and vicious Kikiou, handsome and powerful Ryuuki, and wickedly alluring Shuuran are gaining in their plan to subjugate the city that lives on the edge of the demon abyss.

Now the stakes are raised in this deadly game. As high officials across Shinjuku are conscripted into Princess's ranks, Setsura himself is bitten by Shuuran's vampire doll and shows signs of turning. Yakou, the new leader of the Toyama clan, journeys to the heart of Princess's unearthly manor - with stake in hand. And what deadly presence - held for 500 years in the dungeon of Princess's ghost ship - is the queen of the vampires about to unleash upon the citizens of Demon City?

From acclaimed Japanese horror writer Hideyuki Kikuchi (Vampire Hunter D, the Wicked City series) comes his next big novel series for the English-language audience: Yashakiden: The Demon Princess. With over two million copies sold in Japan and set in the popular Wicked City universe, this five-volume series is not to be missed by followers of Kikuchi's works, as well as fans of horror and the macabre.