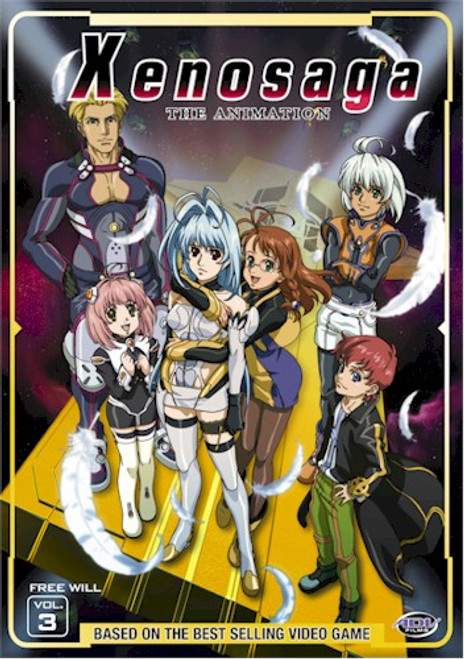 WILL TO LIVE OR WILL TO PROTECT.

Wide spread panic erupts as the merciless Gnosis are drawn to the Kukai Foundation en masse! But even as the Song of Nephilim is sung, the battle continues. As Shion and his allies organize a desperate evacuation of the civilian population, Albedo uses the ensuing terror to advance his own agenda with the capture of MOMO. Bloodied but not defeated, and now suffering from the loss of one of their own, Shion, KOSMOS and the others must now face their ultimate challenge! Can they rescue MOMO? Will the Realiens discover if they possess free will? Find out who will live or die in the climatic final chapter of Xenosaga The Animation!