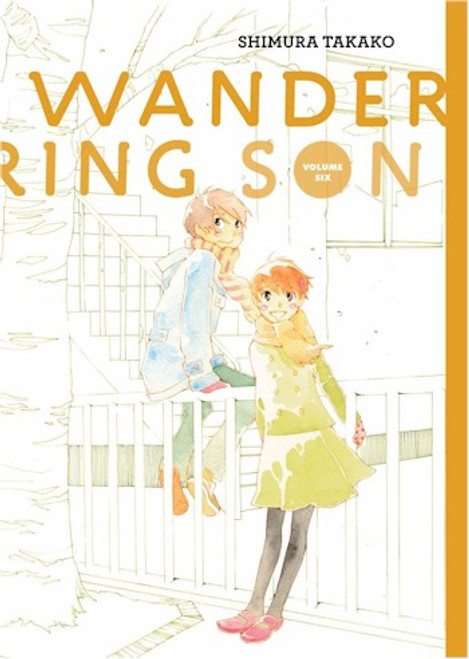 Shimura Takako's sensitive and charming series about two middle schoolers wrestling with their gender identities continues, with more role-reversal play fun this time around. The success of their performance of The Rose of Versailles in the fifth grade - in which the boys played the women and the girls played the men - inspires our protagonists to put on another gender-bending play for the junior-high school festival. This time they do a riff on Romeo and Juliet, with generous helpings of fantasy and mystery. Nitori-kun and Chiba-san write the script together, but Chiba-san has an agenda: She wants to play Romeo, with Nitori-kun in the role of Juliet. But Nitori-kun wants Takatsuki-san to play Romeo... With her usual prickliness, Chiba-san forces Nitori-kun to confront a question he's been avoiding. Are his feelings for Takatsuki-san those of a boy for a girl, a girl for a girl, or a girl for a boy? But you know what they say of the best laid plans of mice and men: The cast is to be decided by fate, with names drawn randomly. Meanwhile, Maho plans a trip to the beach with her boyfriend, but her parents send Nitori-kun along as an unwillingly chaperone. Faced with unwanted changes to their growing bodies, Takatsuki-san discovers the wonders of "breast binders," and Nitori-kun explores the limits of his ability to "pass."

Wanna Be the Strongest in the World! Blu-ray/DVD (Used)