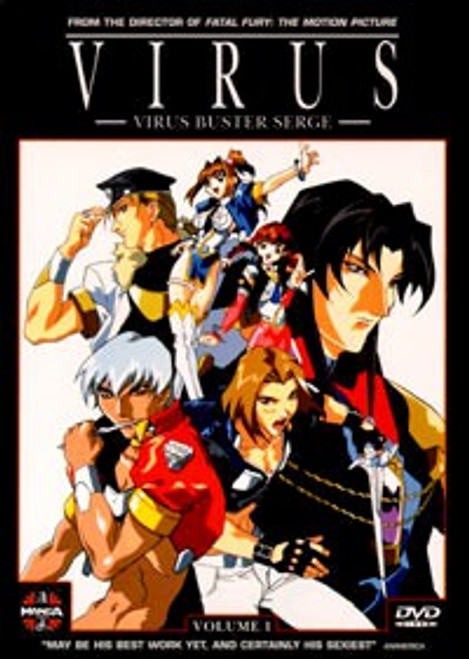 Neo Hong Kong, 2097: The world has changed. Advances in genetic engineering and cybernetics have created an environment full of artificially enhanced humans and intelligent super-computers that operate using biological software. But the same technology that has allowed man & machine to merge has made both susceptible to a new kind of threat - digital viruses capable of controlling their hosts. The last line of defense against this insidious foe is an elite task force known as STAND. Equipped with state-of-the-art armored cybernetic suits known as "variable gears," only this special law-enforcement arm can deal with virus-infected war machines on their own terms. But when a prototype armored gear is infected with a new virus during its unveiling, STAND has its hands full. Not only must they contend with the rouge machine, but a mysterious stranger know as Serge appears on the scene with his sights firmly fixed on STAND's leader, Raven. Fascinated with the young man's potential, Raven arranges for Serge to be unwittingly fitted with one of STAND's variable gears. Not only is Serge's thirst for vengeance corrected through this gambit, but the young man's latent battle skills are awakened in time for him to soundly defeat the hostile prototype. In the wake of the battle, Serge is invited to join STAND. But what is the secret behind Serge's phenomenal strength and skill? What secrets do his past hold? And just what is his connection to the sinister "Incubator" - the self-aware orbital space station bent upon replacing humanity with its infected offspring?