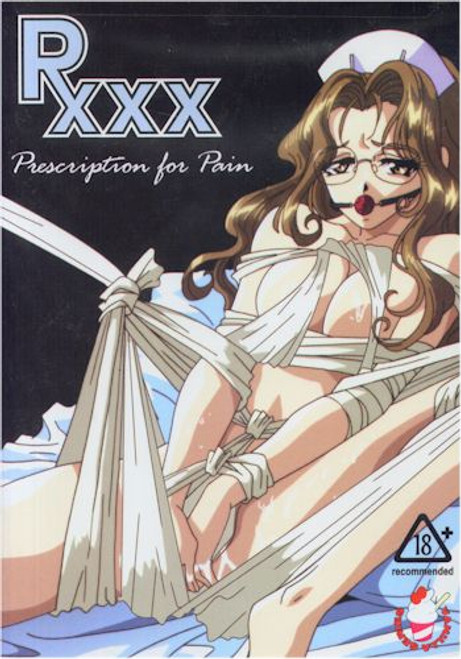 Producers Shuuta Biwajima and Chikara Niki (MAID SERVICE / PRIVATE SESSIONS / DEBTS OF DESIRE) are back with their latest twisted tale! In Rxxx: PRESCRIPTION FOR PAIN, the naughty nurses of Misono General Hospital are about to be swept up in a steamy sex scandal of epic proportions!

Jyunichi thought he had it made. He was all set to take over his boss' cushy job as President of Misono General Hospital... but then Serika appeared. Not only smart, but damn sexy, Serika just happens to be the President's daughter, and that means she's set to take over Jyunichi's prized position when her father retires.

Outraged, Jyunichi has come up with a devious plan to take over the hospital: subjugate one hot staff nurse after another. And there are so many ravishing nurses at Misono General √ the stunning Yayoi, the magnificent Miyuki, the shapely Nanami, the alluring Aya. Jyunichi will turn every one of these luscious ladies into his willing and eager sex slaves... because controlling the hospital will be easy when the whole female staff will do anything for one more chance at his body!