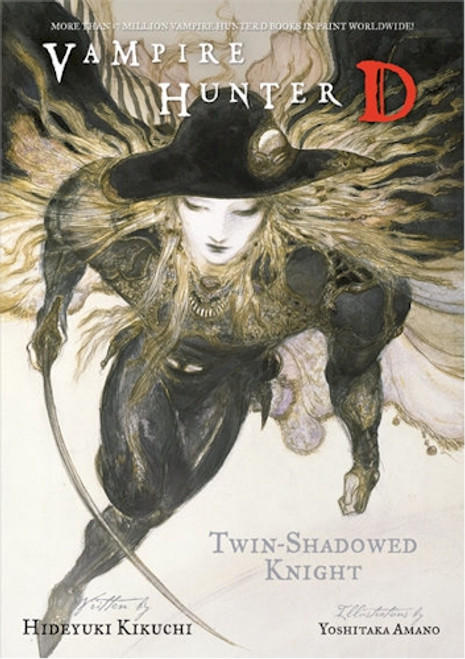 When Vampire Hunter D entered the town of Sedoc it was in search of answers to the meaning of a dying vampire's last words: "Find Muma." But when he meets Mia, the daughter of the local fortuneteller, he learns the mists emanating from a smoking crater on the outskirts of Sedoc have reanimated thousands of corpses, compelling them to crawl from their graves and hurl themselves into the smoking chasm. When D goes to investigate, he finds himself split in two: a second Vampire Hunter D, full of passion and lust and hunger for the company of women, is born!

Joined by Mia and his unnatural twin, D finds himself on a journey down a hidden road. He will face battle not only against the forces of an ancient mad scientist called the Sacred Ancestor and his unholy monstrous creations; a ghost condemned to walk the earth forever; and a mad monk who revels in torture; but also against the darkest part of his own accursed soul.