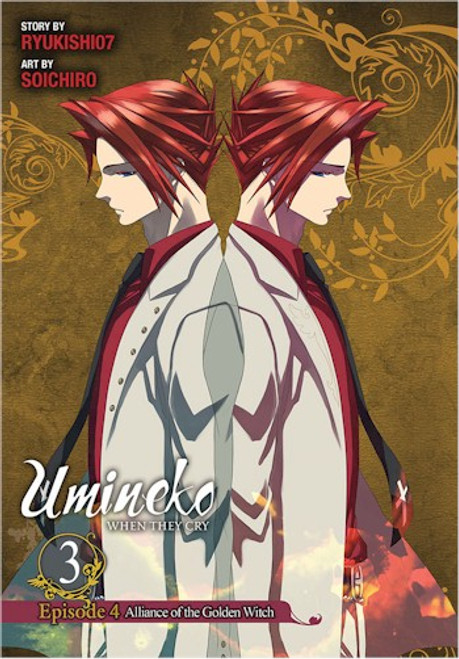 One by one, the attendants of the Ushiromiya family gathering are killed under what can only be described as supernatural circumstances. Even Kyrie, the strongest proponent of logic and reason, is convinced by the vicious parade of witches and demons she has witnessed. Battler and Maria have yet to be tested for their suitability as family head, but the greater test for Battler will be whether or not his logical stance can hold out against the seemingly undeniable tide of the witch's magicα