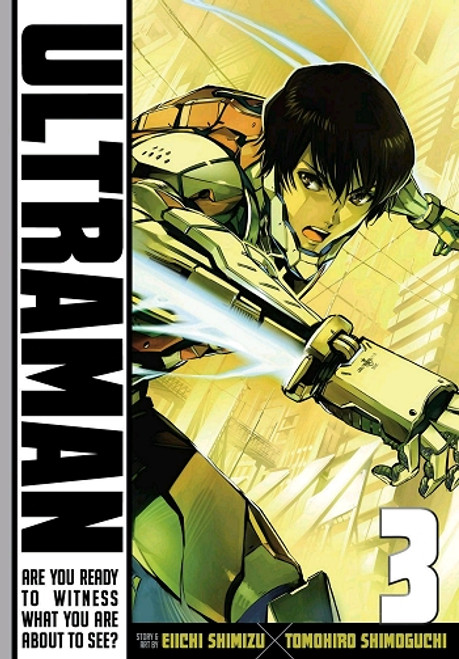 Decades ago, a being known as the Giant of Light joined together with Shin Hayata of the Science Special Search Party to save Earth from an invasion of terrifying monsters called Kaiju. Now, many years later, those dark days are fading into memory, and the world is at peace. But in the shadows a new threat is growing, a danger that can only be faced by a new kind of hero--a new kind of ULTRAMANα

The enigmatic Moroboshi takes Shinjiro, who is still having doubts about fighting as Ultraman, to an alien city. There he meets a new informant but cannot avoid getting mixed up in a feud beyond his control. Meanwhile, on Earth, the police and the SSSP go deeper into a sinister investigation when another victim of a mysterious serial killer turns up.