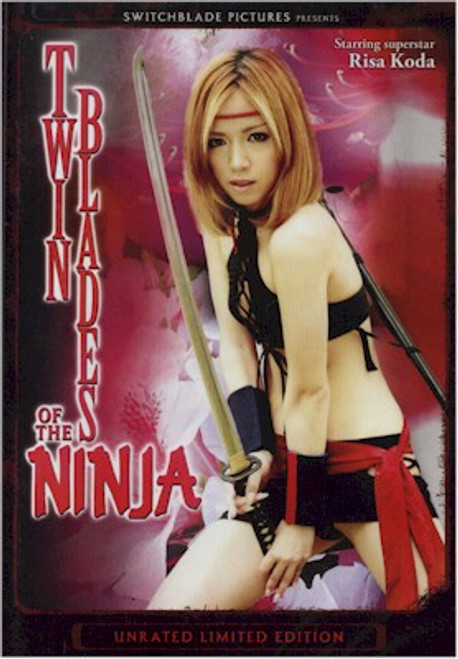 Ancient Japan : a land filled with both exotic beauty and savage death! And in all the realm, the most feared killers are the Ninja, silent assassins gifted with magical powers of stealth and deception. But the path to learning the secrets is long and difficult, and not all who seek to become true Ninjas survive! For Yamame and Suzume, two beautiful young ninjas-in-training, the prospects of a long life are shortened dramatically when they chose the wrong Samurai to ⌠relieve÷ of his wallet. Suddenly the buxom pair find themselves caught up in a deadly game with both the life of a princess, and their own, at stake! But despite the overwhelming odds that face them, Yamame and Suzu have at least one trick no one's expecting inside their ninja arsenalα and they're willing to bare ALL their weapons in order to survive! Superstar model and actress Risa Kouda (Lisa Coda) proves that the only thing more deadly than ONE angry female ninja is TWO in TWIN BLADES OF THE NINJA!