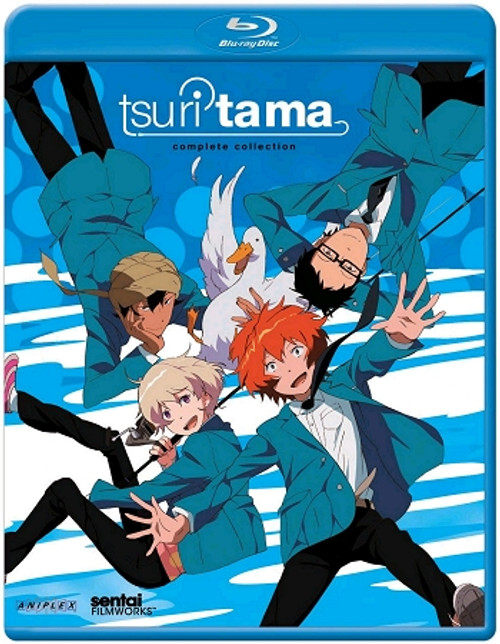 When Yuki Sanada ends up living in Enoshima with his grandmother, it's just one more in a long line of transfers to a new school and new friends. Except Yuki doesn't make friends easily, so he's used to making do without any. All that's about to change, however, when the other new transfer student arrives in class - complete with a rod and reel - and announces that he's an alien. Now as he learns to fine art of fishing, Yuki finds himself drawn into a friendship with Haru the alien, moody Natsuki the Fishing Prince, and the mysterious Akira with his pet duck, Tapioca. But there's something sinister afoot in Enoshima, and more than Yuki's new found friendships is at stake. If Yuki can't make the catch of the day, the whole of Japan, and perhaps the world itself, will be caught in an alien net. Get ready for the biggest fish tale ever in tsuritama!