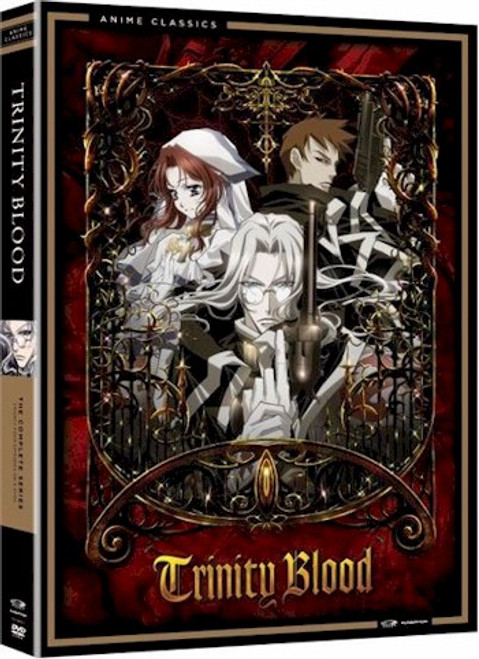 From the legends of ancient times, they have been called forth into the world anew... Vampires.

Two races, locked in a struggle for existence, tremble on the brink of war. Some seek the path to a peaceful coexistence, while others pursue a dangerous shift in the balance of power...

Abel Nightroad, a touring priest for the Vatican, walks calmly where others fear to tread. A member of the formidable AX, tasked with the protection of the fragile equilibrium. Neither human nor vampire, with an awkward yet optimistic nature, this Father is a force wholly his own. Appearances are often deceiving...