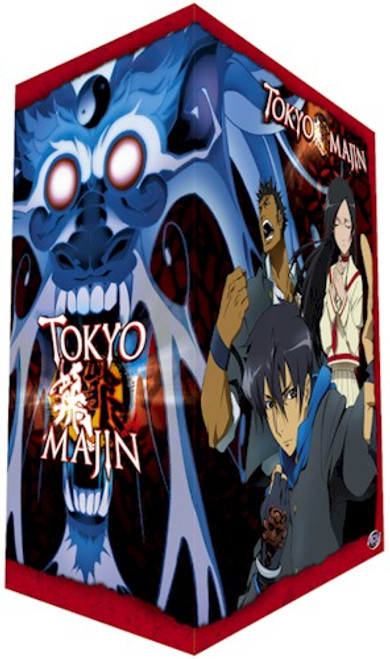 As a mist of evil envelops Tokyo, new waves of monstrosities emerge from the shadows! Preying on the souls of the living, wearing forms both bestial and human, they converge in an unholy alliance to strike against the one force that may be able to stop them: the students of Tokyo Majin!

Now guided by an old friend versed in the Dark Arts, the five students of Magami High must face the renewed fury of demon beasts, psychic-powered delusionals and insect girls as they burn a path towards their ultimate nemesis.

And while they have the courage of a hundred, the bloody battles of this holy war will take their toll, and not even Tokyo Majin will have the strength to survive against an endless army of the demons unscathed! The scales tip towards the side of darkness in the second stunning volume of Tokyo Majin!