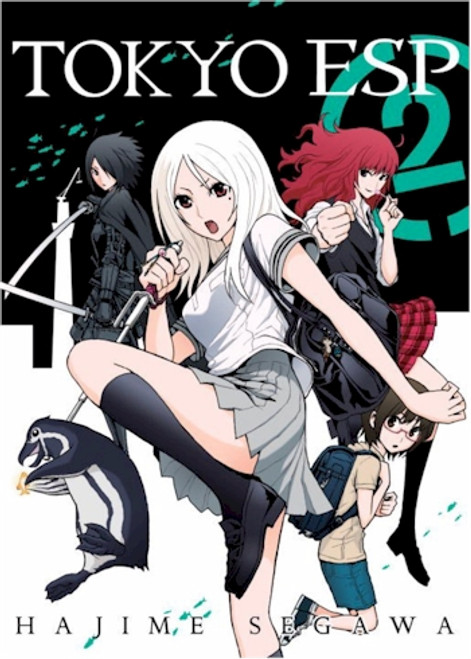 Tokyo ESP is a high-intensity action and comedy revolving around teens with psychic abilities set in modern day Tokyo. High school girl Rinka Urushiba wakes up to find out she has attained ESP (extra-sensory powers), and eventually comes to use them against other espers who have begun to wage havoc on Tokyo.

Hajime Segawa is a comic artist and character designer based out of Tokyo, Japan. He made is cartooning debut in the March 2005 issue of Kadokawa Publishing's Monthly Shonen ACE magazine with the short-story Phantom Kingdom (a comic adaptation of the PlayStation video game Makai Kingdom: Chronicles Of The Sacred Tome). By the end of the following year, Segawa was well onto developing his first feature length series GA-REI. GA-REI would continue for more than five years, spinning off a couple side-stories and eventually in 2008 a twelve episode animated TV series. Tokyo ESP is his second feature length series. Another hit in Japan, it was also recently adapted into a two season animated TV series. Segawa's works tend to involve the supernatural or psychic abilities, but are almost always set in modern day Tokyo with teenage leads.