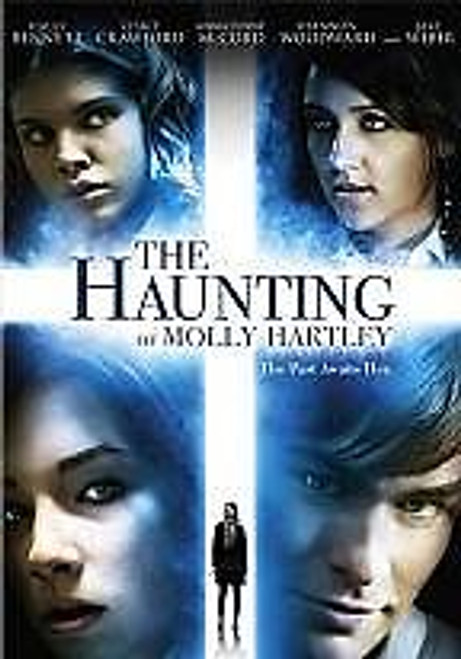 Man, un-fucking happy birthday to me. I remember seeing the previews and though, ⌠Okay, evil possessed schoolgirls with a decent budget. How could this go wrong?÷

Then I learned it was written by the guy who does The Hills and everything fell into place. Sure you have some cute girls, but some fugly ones too. Besides, all the cute girls in a short skirt can't make a horrible film good.

Now the acting by the main character (Played by Haley Bennett) isn't bad and she looks so familair but I can't place who she remindes me of, but everyone else is pretty poor when it comes to flexing their acting chops. The script makes no sense either. One of Molly's best friends is there right before the climax delivering a birthday present..and then is never seen again. The ending makes no sense either. It basically seems to say, ⌠Satan isn't just evil, he's totally sweet and you should party down with him! WHOOO! ROCK ON SATAN!÷ No, really. The twist ending seems to be more that Satan is good for you and makes you and your classmates have a bitchin' summer and give you all limos with no downside whatsoever.

Here's the plot. Molly died at birth but her parents made a deal with a demoness that she would be brought back to life and stuff, but on her 18th birthday she would belong to Satan. The parents agree except the mom changes her mind halfway through Molly's life and goes nuts trying to kill her. She's now in the looney bin. Molly slowly starts going somewhat paranoid schizophrenic which is revealed due to a very minor blod clot tumour in her brain. Then it's revealed it's also because the's devil's loofah and on her 18th birthday will wellαthey never really say. She'll just be fist bumping with B.L. Zebub and knocking back brews in college. Really, she ends up living and nothing bad happens to her or anyone really, except the overly psycho religious chick who is ⌠Missing÷ after she tries to drown Molly before she reaches 18. This makes no sense because if you're religious and a real Christian, wouldn't you try and save even the fruit of Old Scratch's loins instead of trying to DROWN THEM IN BAPTISMAL WATER?

I really couldn't tell you the point of this movie or what it was trying to say. This seems like something one of Anton leVay's daughter's would have written. I mean Molly seems pretty much the same before and after going Satanist except she doesn't have brain issues anymore, she has better clothes, more money and nothing at all negative happens to her in the slightest for throwing down the goat horns. She's even validictorian. WTF? This would be like the stars aligning and Cthulhu rising from the Indian Ocean and being all, ⌠Yo yo yo! Cthulhuy in the hizzzzause. Oh, I just fixed global warming,t hat hole in your ozone layer and created a perpetual motion machine so you won't need oil anymore. Also, I'm going to eat all of your firstborn kids, but everyone else, here comes Shangra-La!÷

The High School Life of a Fudanshi Graghic Novel Vol. 03

The Case Study of Vanitas Manga 02