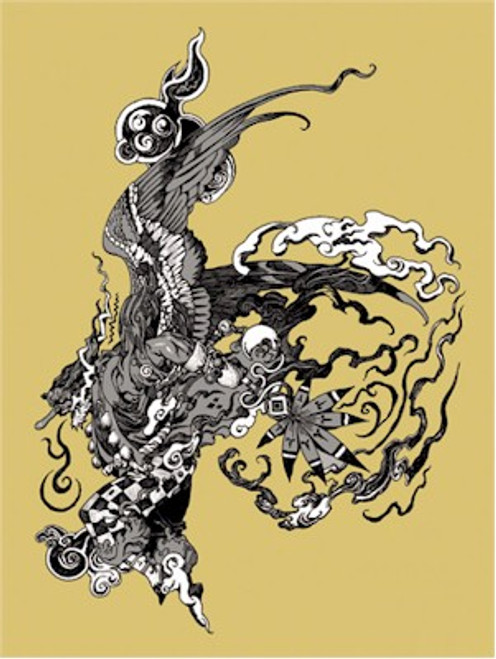 Mr. Terada is one of Japan's most popular and respected artists. His work has graced many publications, posters, books, and manga. He is winning a wide range of fans worldwide, and is only now being discovered by the United States. Dark Horse is pleased to be one of the first to publish his work in the U.S. Katsuya Terada did a famous series of covers for Wanai magazine, later collected in book form by Kodansha and as a portfolio by Dark Horse. These strange but beautiful images form a striking and colorful new release in our ongoing stationery and journal program.

Katsuya Terada's first major art exhibit took place in May at Portland Oregon's Compound Gallery. We were able to obtain 100 signed copies of an original poster created exclusively for the exhibit.