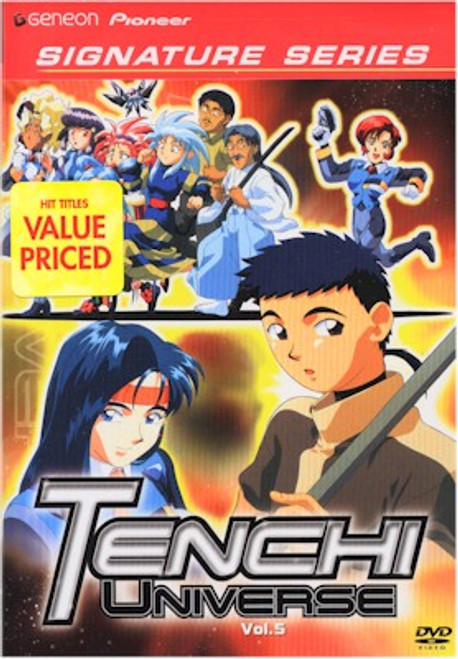 Come join the fun as Tenchi Masaki attempts to act as mediator for these out-of-this-world characters as they fight with each other for Tenchi's attentions. Fugitives! Tenchi and girls are wanted throughout the galaxy for attempting to overthrow the Jurai government and they flee through space to Jurai to clear their names. With the Galaxy police and Jurai Military on their trail, they have very little time to try and find out who framed them, especially when they have no money and they just ran our of gas!