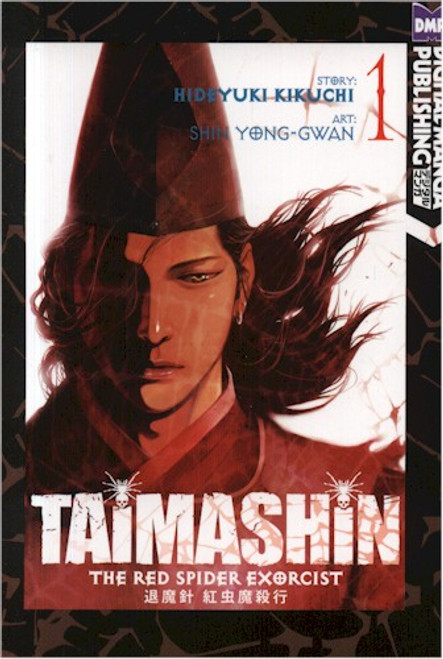 On a city night lit up by beautiful fireworks, office worker Megumi strolls the streets of Seoul without a care in the world... until she senses a stranger following her every footstep! When a greedy old woman named Gyouanja suddenly appears and tells Megumi to seek out a mysterious dancer at a pavilion, she heeds the crone's words and finds herself in the midst of a ghastly showdown between light and darkness, shadow and substance. Does Megumi play a key part in this freakish and fantastic pageant... or is she simply losing her grasp on reality?

Taimashin lifts the dark curtain of imagination and unleashes a sensual and strange spectacle the likes of which the living world has never seen! In a cast of madmen (and women) that includes a gorgeous female sadist, a powerful demon-sage and a cackling fortuneteller, unassuming Megumi must distinguish friend from foe and reality from twisted fantasy. Though she tries her best to shut out the nightmarish thoughts that cloud her every waking moment, Megumi soon discovers that she must conquer her terrible visions in order to cling to her sanity, if only be a thread.

Tail of the Moon Graphic Novel 11