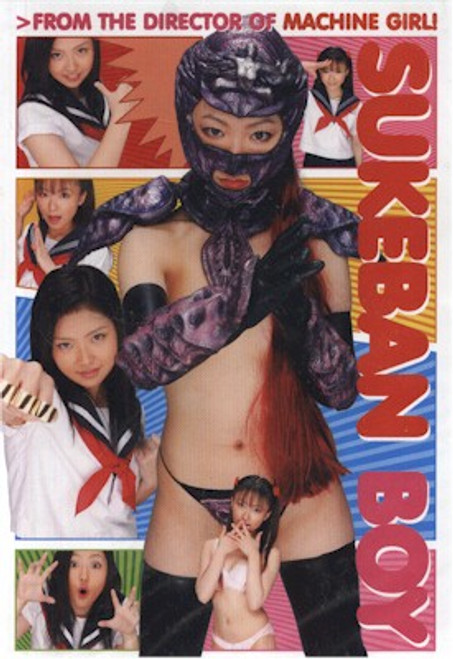 Sukeban has a problem. This foulmouthed, hard-fighting son of a biker, has been cursed with the looks of a pop princess. The looks lead to teasing, the teasing leads to fighting, The fighting leads to expulsions. Expulsions from every boys high school in the region. What's a biker who's nurturing conflicted feelings for his gender-confused child to do in such a situation? Simple! Dress the boy up as a girl and enroll him in an all-girls high school. But girls' schools are strange, disturbing places and, within a day of arriving, Sukeban has been signed up for humiliation classes and forced to do battle with the various school gangs: the Pantyhose Club, the No Bra Club, and of course, the Full Frontal League. Wasting no opportunities to spread jiggling flesh across the screen, is SUKEBAN BOY a blazingly funny parody of the schoolgirl fetish film, or simply one of the most memorable fetish films ever made? By the time the nipple clamps and machine gun boobs make an appearance, you simply won't care. Bizarre, hysterical and horribly wrong in absolutely all the right ways, SUKEBAN BOY is an unmissable guilty pleasure.