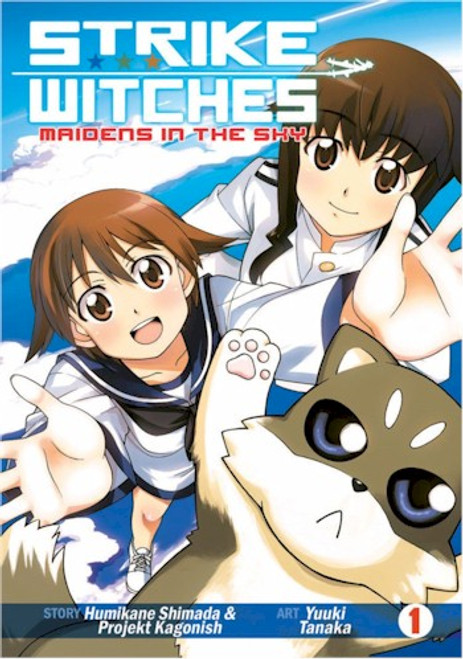 What if World War II had not been a battle between Axis and Allies, but between the human race and mysterious attacking aliens? This is the world of Strike Witches: Maidens in the Sky. The Earth has been invaded by a mysterious alien race known as the "Neuroi." Humanity is on the verge of annihilation and their only hope is a team of flying magical girls--the Strike Witches.

Maidens in the Sky follows the story of Miyafuji Yoshika, a simple farm girl who dreams only of taking over her family's medical clinic. One fateful day, a Strike Witch falls out of the sky and lands right at her feet. Yoshika is a healer and wants nothing to do with warfare or violence, but this chance encounter will change her destiny forever!