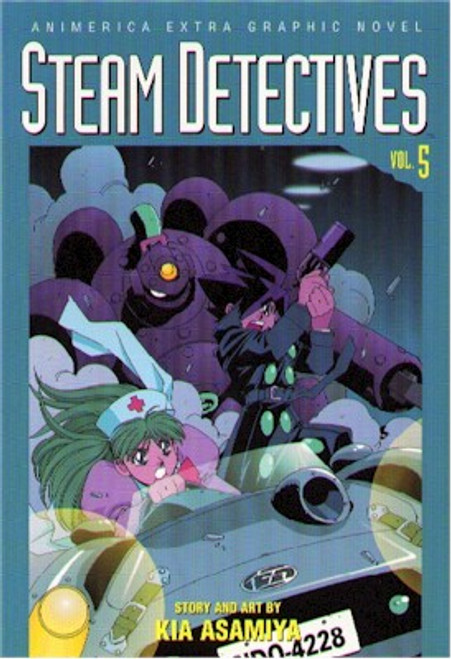 ARTHUR CONAN DOYLE MEETS STEAM-POWERED ROBOTS Steam City exists in a past that never was∙a combination of old London and the Asakusa district in Tokyo in the Age of Steam. It is a place where masked dandies, dastardly supervillains, and sentient machines stalk the city by night. Are the sharp wits and quick reflexes of wunderkind detective Narutaki enough to thwart evil and unravel the mysteries of this strange world? SMELLS LIKE STEAM SPIRIT Narutaki's only allies are Kawakubo, his butler; Ling Ling, a beautiful nurse; and Goriki, Ling Ling's steam-powered robot. And they need all the help they can get when the insane Dr. Guilty attacks Ling Ling's ancestral home in order to get his hands on Goriki's blueprints! Then Narutaki faces a cat burglar who's combined the most dangerous parts of all of his previous cases! And finally, an orphaned child is suffering from a life-threatening illness, and unless Narutaki gets the vaccine back to Steam City, she'll die! But his airship has been hijacked!