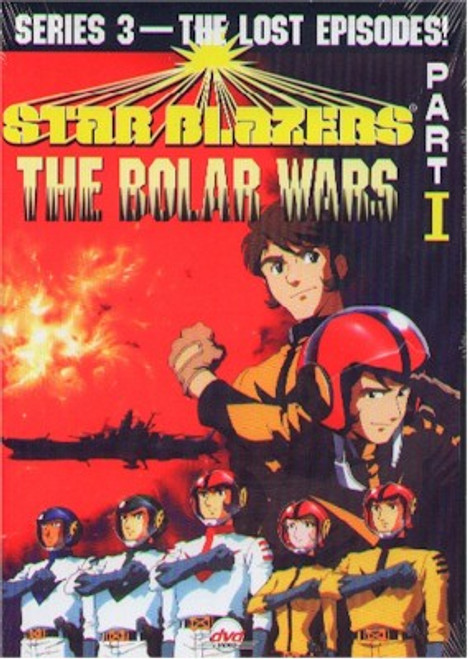 NEW MISSION. NEW MENACE The year is 2203. A planet destroyer missile, crashing into the sun, has caused a dangerous increase in nuclear fusion that threatens to destroy the entire solar system in one year. A new mission calls the Star Force back into action, and the legendary Space Battleship Argo will launch once again to find a new home for the human race. Alongside the original crew is a group of new recruits, hungry for adventure ... and they'll get more than they ever dreamed! Beyond the edge of the solar system, two fearsome empires have arisen, and in their struggle for territory, they have turned the galaxy into a cosmic battlefield. Unaware of this, the Star Force is about to enter the fray.. This is the first volume of the incredible Third series, filled with the power and drama that has made Star Blazers the greatest anime epic of them all! At last, you can see every episode - REMASTERED for the first time on DVD! Contains episodes 1-5