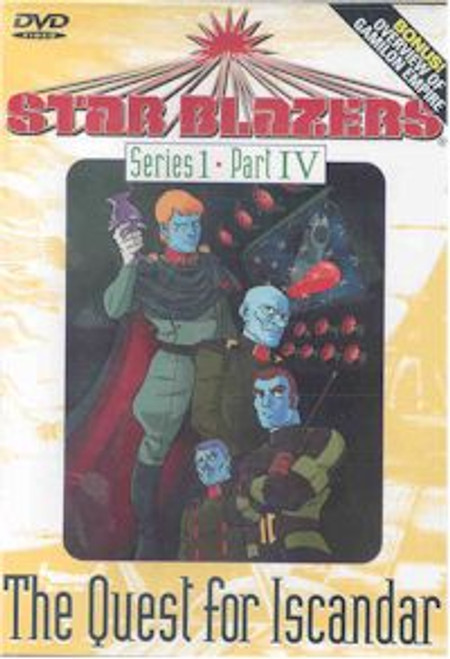 THE QUEST FOR ISCANDAR As the Star Force is about to learn, the vast emptiness of outer space can be deceptive. The 148,000 light years between Earth and Planet Iscandar teems with dangers no human being has faced √ or even imagined √ before now! But beyond this lies even greater peril when Desslok, leader of the cruel Gamilons, sends his deadliest Commander, General Lysis, to deal with the Star Force personally! Add to this the emotional tug of war that is part of daily living on-board the Space Battleship Argo, and you have a mixture for one of the most dramatic stories ever told! This DVD contains Part IV, Episodes 14-17. Approx: 100 minutes. Color.