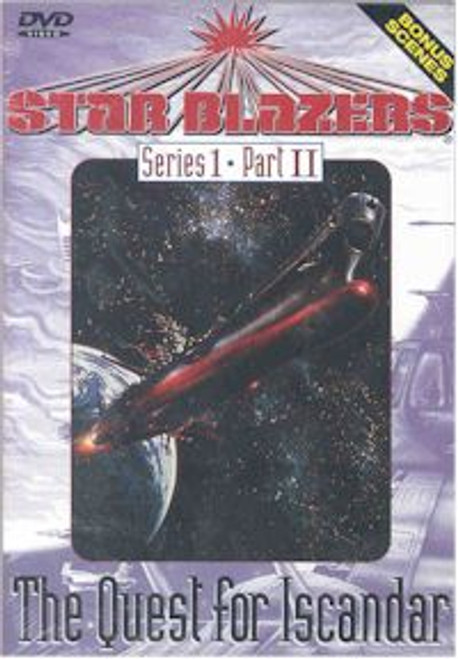 The Quest for IscandarRelentless planet bombing from outer space forces Earth's survivors to live underground √ if they want to live at all. When the deadly radiation starts penetrating their subterranean cities, Space Cruiser Argo is launched on a 148,000 light year quest for the planet Iscandar. The legendary ship's mission is to return with technology that will neutralize the contamination. An elite force of Star Blazers has only one earth year to do it. During this intergalactic race against time they engage in spectacular space battles with Gamilon fleets form another galaxy, now based on Pluto. In addition to the overwhelming odds and superior destructive power of the invaders, the Argo's other enemy is deep space itself. In this classic adventure, the ship's doctor is able to keep the captain alive, although he grows weak from radiation poisoning. The Star Blazers discover that one of their force is a cyborg. They are also surprised to learn that their robot has a sense of humor. Two friends resolve a bitter feud. One falls in love. And the biggest surprise is sprung when the surviving crewmembers see who greets them when they get to Iscandar.