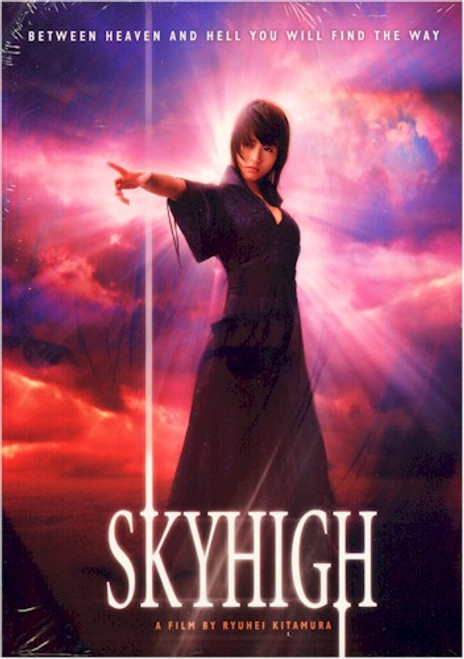 From Ryuhei Kitamura, another poignant film Based on the popular manga by Tsutomu Takahashi (ALIVE). Sky High follows Detective Kanzaki Kohei's (Tanihara Shosuke) vengeful search for his wife's killer. Blinded by rage and grief, he searches for closure. Mina, now deceased, finds herself in Limbo at The Gate of Hatred and is presented with 3 choices on how to proceed in the after-life. Will she ascend, languish or descend? With 12 days to decide, she follows the now-obsessed Kanzaki as well as the serial killer who is in fact trying to resurrect the Lord of Darkness through a bizarre series of ritual murders.