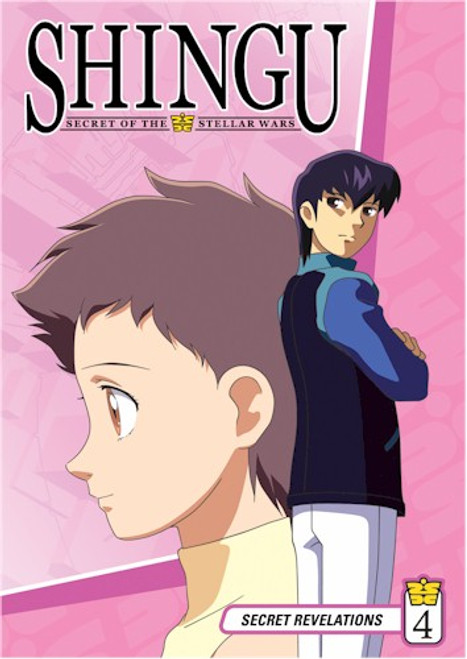 The final confrontation draws near!

The press conference revealing the government's space diplomacy negotiations has caught the world by surprise, but no one could be more shocked than Hajime when he discovers that his father is the government spokesman! When the secret government base where Kazuo is working at is attacked by an alien invader, Hajime discovers that the father that he always believed to be just an ordinary businessman is more involved with aliens than he ever imagined.

But Hajime's not the only one who's been taken by surprise. The news of the negotiations and the attack upon the base has sent shockwaves through the Sanemori Clan. The once small fires of discontent within the Clan have flared into an all out quarrel. Jou and Baku are pushing Lady Momoe to appeal to the Galactic Federation for help, but she seems strangely unwilling to do so. With a new wave of invaders threatening their borders, they may not have much time left to reach a resolution before it's too late...

Meanwhile, advice from Setsuna during one of the recent battles has Harumi reconsidering her relationship with Kyoichi. Now, she must finally face him and tell him the truth behind what really happened 11 years ago...