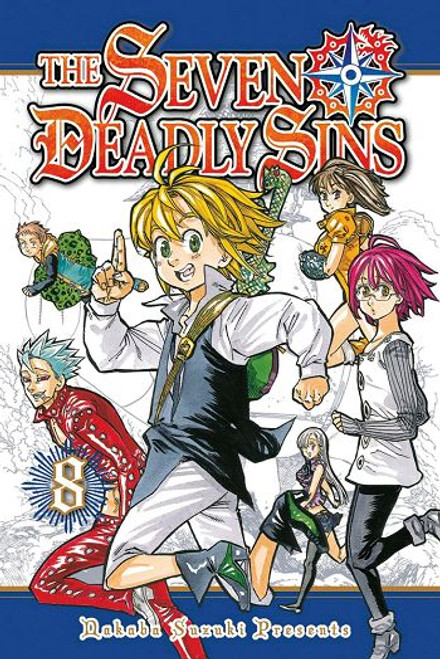 The seal is broken, and Gowther, the Sin of Lust, is revealed! The ruthless, elite Holy Knights known as the Roars of Dawn have tracked down the mysterious Armor Giant. They seem to have it cornered, but it hides a hair-raising secret! When they learn the truth, the Sins are befuddled, and the princess doubles her resolve! What decision has Meliodas made about the memories entrusted to him? When the countdown to the destruction of their world begins, the Sins rush back to the kingdom. The fuse is lit on the decisive battle!