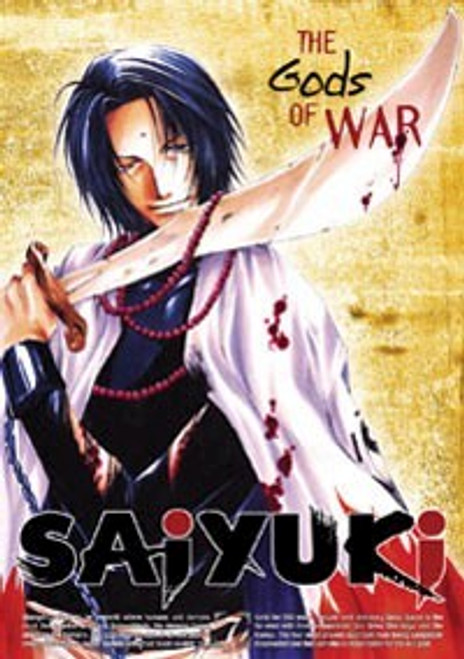 Vol. 07 The Gods of War He is powerful enough to grant divinity to demons that become his loyal subjects. He is strong enough to waltz into Houtou Castle and steal the Seiten Scripture out from under Gyokumen Koushu's nose. He is Homura, the Prince of War. And he is hell bent on forming an army in the Lower World capable of overthrowing the heavens. Accompanied by his fellow gods, Shien and Zenon, it seems nothing can stand in his way-and now he's after Sanzo's Maten Scripture!