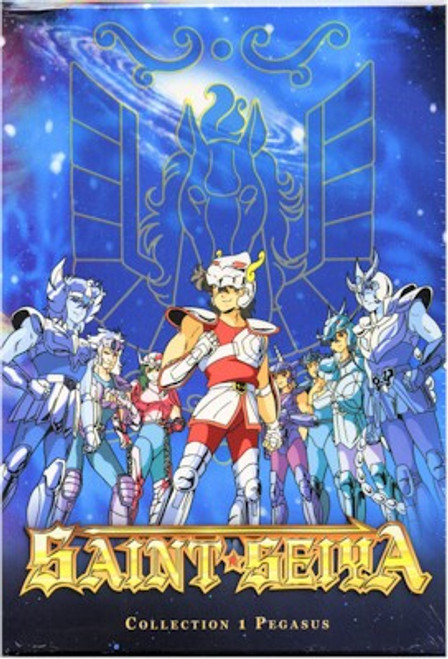 Contains DVD Volume 1 of Saint Seiya in a High Quality Artbox! The cosmos is bound together by an incomprehensible web of strength, power and, some would even say, magic. And only to a select few may these forces be harnessed or ultimately controlled. Seiya is mortal from Japan. He has been trained, he has excelled, and the time has now come to test his skills in battle to claim the sacred armor - the sacred armor that will change the order of the universe, the sacred armor that will earn his place in the cosmos, and that will establish his rank among the Saints. Through a series of tournaments and trials, Seiya must not only defeat some of the most powerful fighters ever to step foot in the ring, but he must also defeat the demons within himself as well. Long live the Saints! Long live Saint Seiya!