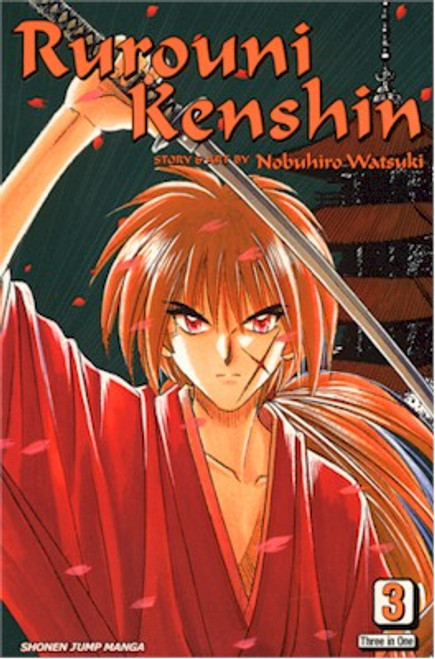 Kyoto: the ancient capital of Japan. Also known as the "Millennium King's Castle," it was during the chaos of the Bakumatsu that this shining jewel of a city was plunged into violence and bloodshed. The Shinsengumi, an elite corps of deadly warriors, crossed swords with Kenshin more than once in those days, but what has become of their legacy in the new Meiji Era? An old foe, Saito-Hajime of the Shinsengumi, comes to pay a call at the Kamiya Dojo, but is his visit purely for revenge or a harbinger of much darker schemes to come?

Then, on May 14th in the 11th year of Meiji, tragedy strikes. kubo Toshimichi, chief of the Department of Internal Affairs and one of the most powerful men in Japan, is assassinated in broad daylight, but who could be behind such a fiendish plot? It appears that the ghosts of Meiji's bloody past are threatening to wreak havoc on this new age of "culture and enlightenment" - personified by Shishio Makoto, the man who took Kenshin's position when he ceased to be Hitokiri Batt sai. Though Kenshin has foresworn the taking of lives, he heeds the call and departs for Kyoto, knowing all too well that Shishio anxiously awaits his arrival. The journey promises to be a harsh one, but Kenshin will discover new friends and more formidable enemies all along the East Sea Road to Kyoto!