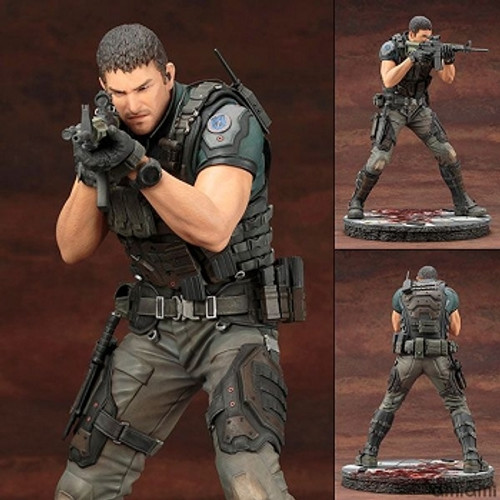 Chris Redfield, as seen in the movie Resident Evil: Vendetta, an animated film based on the Resident Evil video games and entirely created by computer graphics, grimly preparing to take down his next target! The 1/6-scale figure of Chris, the BSAA agent, peers down the scope of his M4A1 Assault Carbine ready to take the killing shot. Redfield is heavily armored, wearing his B.O.W combat gear, with the emblem on his arm that designates him as the captain of the BSAA's elite counterterrorism unit, Silver Dagger. The statue's georama base resembles the flooring in the villa where a rescue mission takes place, with empty magazines, cartridges, and blood spray decorating the surface.

Is It Wrong to Try to Pick Up... Aiz Wallenstein Bunny Ver