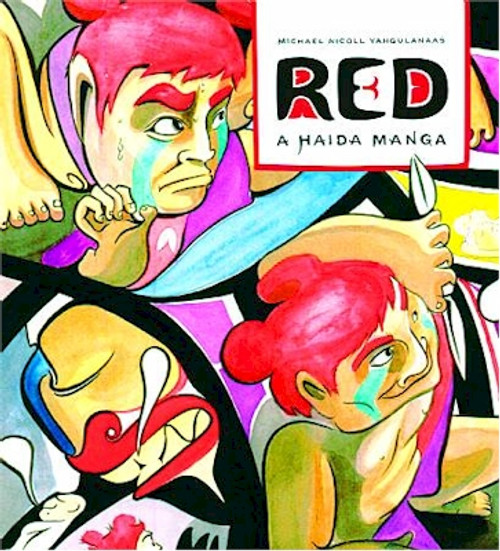 Referencing a classic Haida oral narrative, this spectacular full-color graphic novel blends traditional Haida imagery with Japanese manga to tell the powerful story of Red, an orphaned leader so blinded by revenge that he leads his community to the brink of war and destruction. When raiders attack his village, young Red escapes dramatically. But his sister Jaada is whisked away. The loss of Jaada breeds a seething anger, and Red sets out to find his sister and exact revenge on her captors. Tragic and timeless, Red's story is reminiscent of such classic tales as Oedipus Rex, Macbeth, and King Lear. Not only an affecting story, Red is an innovation in contemporary storytelling from the creator of Haida Manga and the author of Flight of the Hummingbird; it consists of 108 pages of hand-painted illustrations, and when arranged the panels create a Haida formline image 13 feet long. A miniature version of the panel in full-color is on the inside jacket.