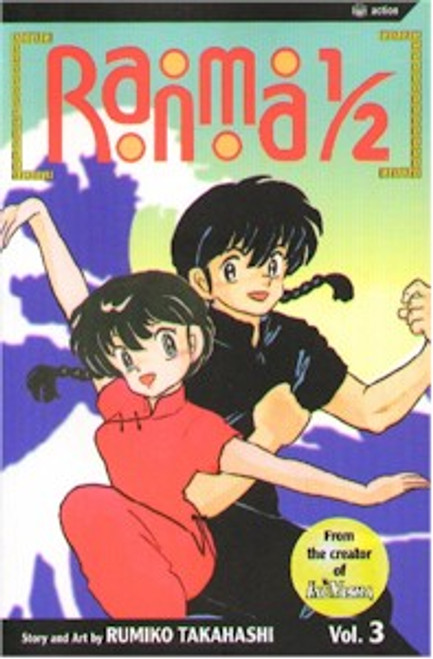 A ONE-TWO PUNCH OF ACTION AND COMEDY BY ONE OF JAPAN'S MOST BELOVED CREATORS! One day, teenaged martial artist Ranma Saotome went on a training mission with his father, and ended up taking a dive into some cursed springs at a legendary training ground in China. Now, every time he's splashed with cold water, he changes into a girl. His father, Cenma, changes into a panda! To make matters worse, Ranma's supposed to be engaged to a girl who doesn't like him - or at least she says she doesn't. DANCING WITH DEATH The figure skating contest to decide the ownership of Akane's pet pig, P-chan, continues, with the addition of yet another team of combatants. (Let's just say Ryoga has a personal interest in the outcome.) Then, Ranma has to face his most dangerous threat yet - a Chinese Amazon warrior named Shampoo who has pledged to kill him...and will stop at nothing until she does!