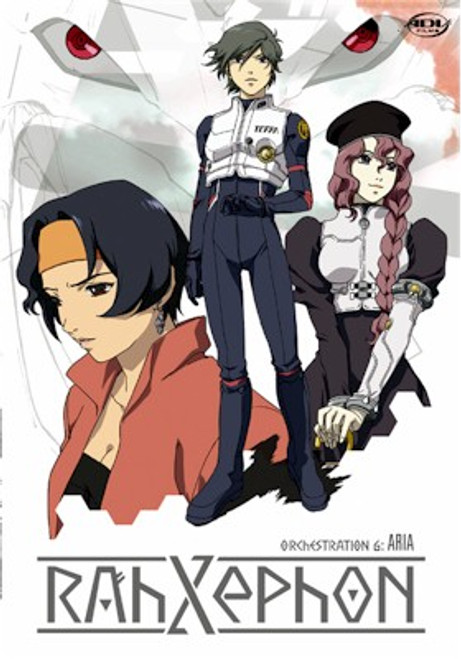 RahXephon 6 - Aria As TERRA's obsessive new commander begins a massive build-up for a final assault on Tokyo Jupiter, Ayato's former friend Mamoru attacks Nirai-Kanai in his own Dolem, seeking revenge for Hiroko's death. Meanwhile, a mysterious new cadet has suddenly appeared within TERRA's ranks, a cadet with a hauntingly familiar face. Confronted with his destiny, Ayato must make a terrifying choice: to reclaim the RahXephon or sacrifice everything he holds dear. But even with the RahXephon, can he stop the horror that is about to happen? Too many of his friends are about to die in the shocking sixth volume of RahXephon!