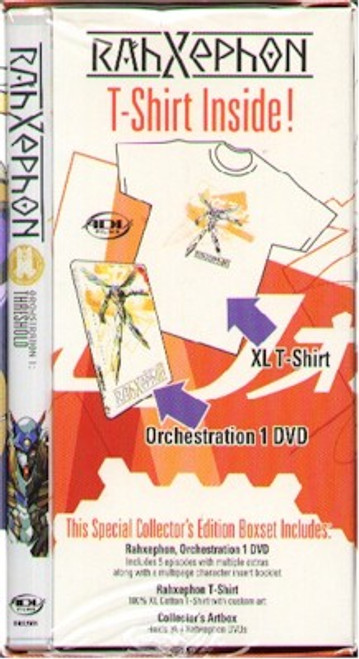 From writer/director, Yutaka Izubuchi (Gasaraki,Patlabor, and Assemble Insert), and the production company, BONES (Escaflowne the Movie, Cowboy Bebop:Knocking on Heaven's door) comes RahXephon. 2015 AD. Tokyo is apparently the last city remaining on the otherwise devastated Earth. But high school student Ayato Kamina is caught up in a devastating attack on the city, from fighters that must have come from outside. Emerging from the rubble, he meets a mysterious girl, Reika Mishima, who guides him to a hidden sanctuary where, from a black egg, an enormous humanoid weapon-RahXephon-emerges. Inside the egg is a marking that matches one on Ayato's body. He is the only person who can pilot RahXephon, and as assaults on the city continue he finds himself fighting to defend his world, even as evidence mounts that everything-and everyone-he thought was true isn't anymore.