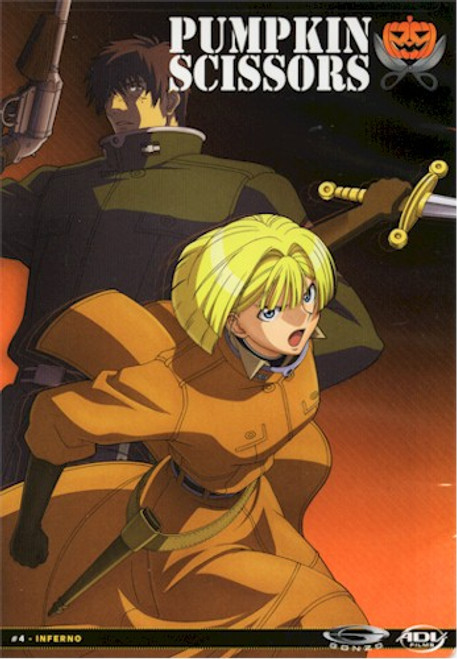 THE FIRES OF WAR STILL BURN. ONE STEP CLOSER TO THE INVISIBLE NINE.

On the streets of the Empire's capital city, Rodelia's youngest princess leads Martis on a merry chase. Underneath the city, another entire city full of disenfranchised refugees is holed up along the city's water supply, away from the scorn of the recovering society. Offering the refugees an opportunity to work, Alice Malvin and the Pumpkin Scissors uncover an illegal drug trade designed to keep the refugees in the tunnels and drain the money from their pockets. Even more sinister is the fact that there is another previously unseen member of the Invisible Nine guarding the man behind the drugs. And this hulking monster comes with a twist of his own - a flamethrower so powerful that he needs a constant supply of drugs to disregard the damage being done to his own body! Can Alice and the team stop the drug trade? Can Randel talk his fellow super-soldier into giving up guarding a rat-faced drug dealer? And who is the man with the silver mask who seems to be pulling the strings from a safe distance? Find out in the fourth high-octane volume of Pumpkin Scissors!