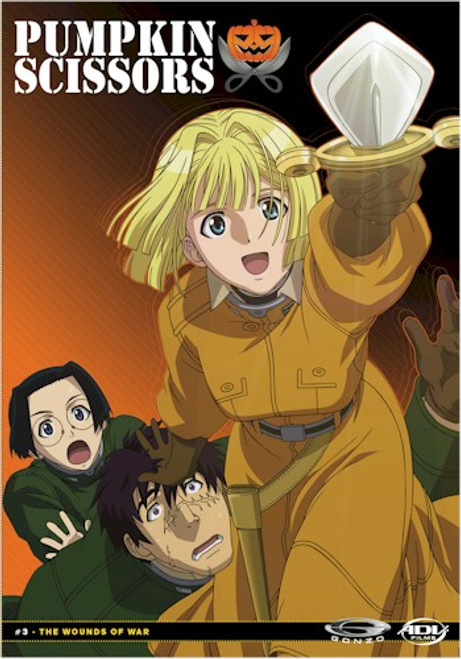 HOW WILL SHE BREAK FREE? THE BATTLE AGAINST CORRUPTION WAGES ON!

Three years after a devastating war with the Republic of Frost, the members of the Imperial Army Intelligence, Section Three, find out that some of the wounds of war just won't heal. Corruption in the highest ranks threatens to bring the entire structure crumbling down. Amidst the chaos, a lonesome lover discovers that she's waiting in vain for her fiance to return home. In an attempt to expose the Army's top secret "Invisible Nine" super soldier project, Alice gets kidnapped by the underground movement. How will she break free of her bonds? And some bad press threatens to cause trouble for Section Three, yet the Pumpkin Scissors team slices through the thick skin of corruption in the third exciting volume of Pumpkin Scissors!