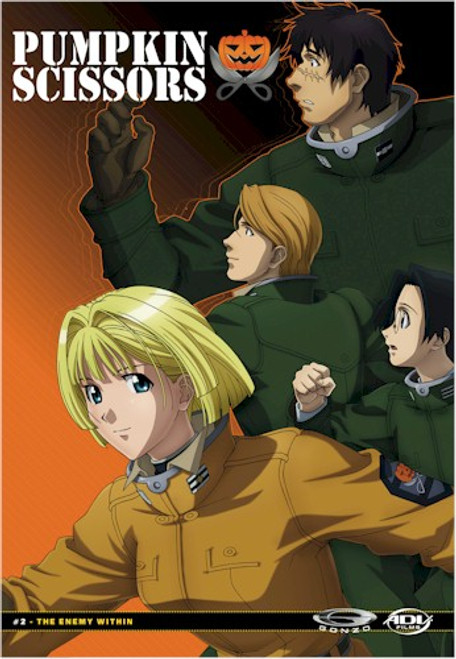 Vol. 02 The Enemy Within

THE MOST PRIVATE WAR.

As deadly as the minefields of the shattered Empire may be, the most dangerous threats lie buried within each survivor's soul. Tortured by his past as a chemically-enhanced super soldier, Randel Oland must now fight a war on two fronts.. both to restore peace to his war-torn nation and against the demons that haunt his memories. Meanwhile, Alice Malvin desperately fends off attacks from all sides as her new command, the elite Pumpkin Scissors unit, comes under a staggering blitzkrieg of combined enemy and friendly fire.. including what could be the most personal assault of all: a family forced marriage! Bullets fly and fields of snow burn, but will wedding bells ring? The costs of war will be felt by all in the second volume of Pumpkin Scissors!