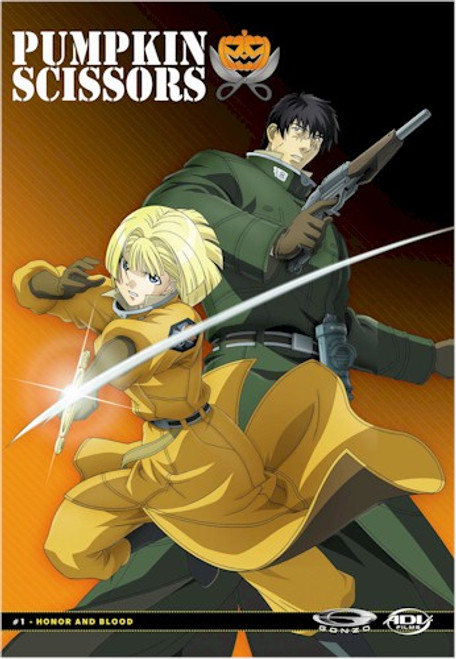 SOME CASUALTIES OF WAR NEVER HEAL. Yet for those who remain in power, the spoils can be sweet indeed. In the aftermath of the Great War, Lt. Alice Malvin is charged to take command of the Imperial Army's Intelligence Section Three, an elite team where even the newest member hunts down tanks with a handgun. Their code name: Pumpkin Scissors. Her mission: to sharpen IS3 into a deadly instrument of justice, and to expose the corrupt power-mad nobility who prey on the weak. But as Malvin starts to peel away the layers of a government cover-up involving a defunct super-soldier program, she discovers the existence of a military technology decades ahead of what the Army has! As terrifying secrets crawl out of the tomb in which they were buried, war becomes hell in the first stunning volume of PUMPKIN SCISSORS!