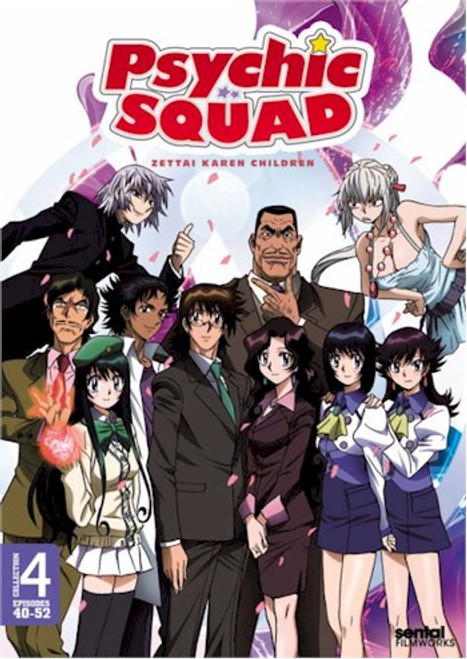 There are "problem children," there are children with issues, and then there are children whose very existence is such a concern that keeping an eye on their development is a matter of international security. Pre-teen psychics Kaoru , Aoi and Shiho definitely fall into the latter category, and the odds that they will eventually turn to evil and use their abilities against the world have continued to grow ever since B.A.B.E.L. first recruited them to help fight other psychics who've already succumbed to the dark side. That's a problem that's been weighing heavily on the mind of Minamoto, their assigned guardian, and it's going to get even worse once one of them actually gets IN his mind! Still, with Black Phantom, P.A.N.D.R.A. and their teams of rogue espers still causing chaos, there's no choice except to fight fire with fire. But will limiting the squad's abilities with artificial means be enough to keep them from going over the edge? Get ready for a whole new level of mind over matter as three little girls grow up and graduate to the big leagues in the final mind-shattering volume of PSYCHIC SQUAD!