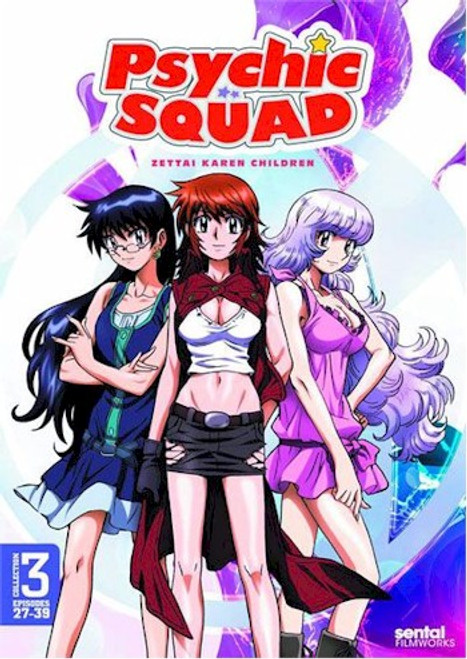 Between training and field experience, the abilities of the three girls in the esper team "The Children" have continued to expand and diversify. However, as Aoi, Kaoru and Shiho keep learning new ways to apply and utilize their powers, it soon becomes obvious that the real question is not how they use their powers, but rather what they might use them for. With sinister organizations like P.A.N.D.R.A. and its teams of espers as an example, and capabilities that are already far beyond those of any normal human, are they becoming TOO powerful? But if that's so, why is Ichirou Tanizaki suddenly teaching the girls how to understand the way that criminals think? And just what is this secret mission that Koichi has left on without them? Are they lambs being intentionally led astray, or are they closely watched wolves in good girls' clothing? And whether they're really heroes or prisoners, their already chaotic existences are about to be shaken to the core once again as a new psychic force enters their world in PSYCHIC SQUAD- COLLECTION 3!