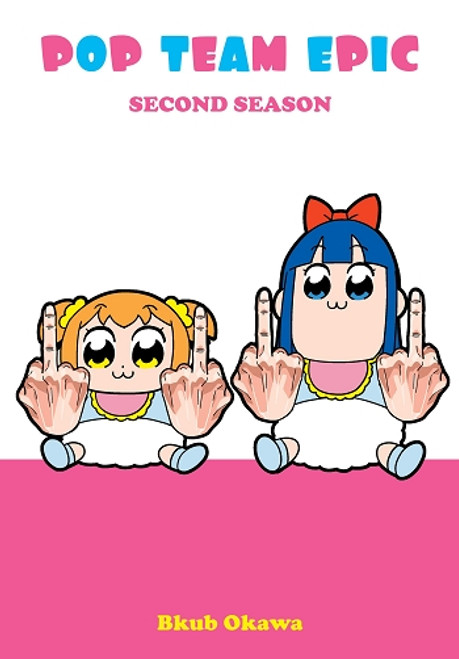 No filter. No shame. No logic. No problem!

So you think that Popuko and Pipimi are just typical cute, sweet tweens? Think again f#%**ers! Ask the millions of fans in Japan and abroadα.. these girls are nasty, vulgar, and they don't take crap from anyone!

The bizarre four-panel comic by Bkub Okawa, on which the hit anime is based, is filled with obscure pop culture references (including walk-ons by characters from other series) and tongue-in-cheek--and in-your-face--quips and snipes, as well as inappropriate physical violence. POP TEAM EPIC will keep you laughing, confused, and addicted!