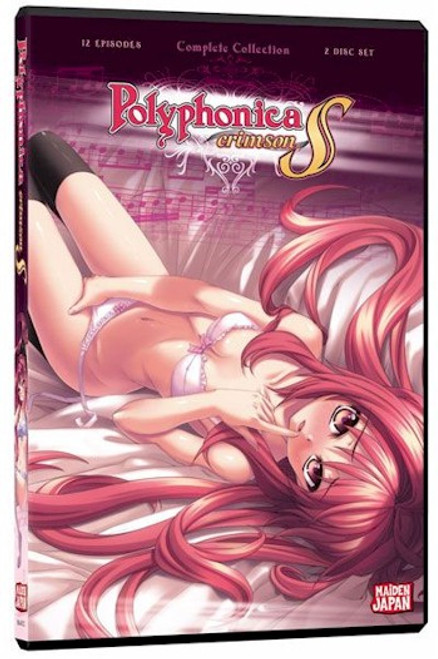 To bring law and order you need police, to make music you need musicians, and to make the former using the latter, you need a Dantist! Ever since he was visited by a mysterious spirit as a boy, Phoron's wanted to become one of the elite battle bards who watch over the continent of Polyphonica. Yet even though he's mastered the basic skills for singing the Commandia spells and operating a One-Man Orchestra, he's been unable to summon the required spirit companion because of a promise he made to that first spirit: to sing only for her. But that silence is shattered and Phoron's musical meanderings are over when his supernatural partner suddenly returns, intent on finalizing the 'contract' they made twelve years ago! Which would be great except for one thing: she's not just any spirit, but the dreaded Corticarte, the Crimson Annihilator! But what the heck, sometimes you just you just have to grit your teeth and duet! Get ready for a musical partnership with more than its share of discord and a distinctly martial beat in Polyphonica Crimson S!

Ponyo on the Cliff by the Sea Film Comic Vol. 04

Ponyo on the Cliff by the Sea Film Comic Vol. 02