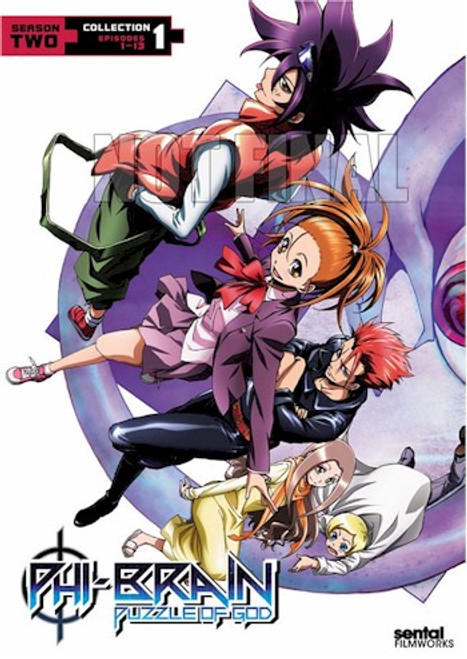 Just when you thought it was safe to do puzzles again....

After finally overcoming the POG, Kaito Daimon believes that he'll be spending his free time solving puzzles of the non-lethal variety. Unfortunately, there's a new group in town: the Orpheus Order, and they've got other plans. Plans that involve the imminent demise of kaito and maybbe a friend or two of his along the way as well! if kaito could remember just what it was as well! If kaito could remember just what it was he did to earn the undying enmity of freecell, the Order's premier card-carrying member, he'd be happy to apologize. But until he does, Kaito and his friends are going to find themselved confronted with puzzle after puzzle, each more convoluted and deadly than the last. Te adventure continues in PHI-BRAIN ~ PUZZLE OF GOD: THE ORPHEUS ORDER Collection 1.