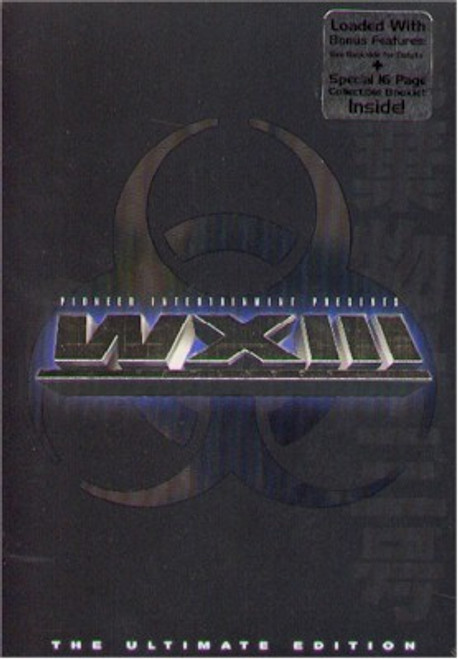 Contains 3 Discs Veteran police detective Kusumi and his young partner Hata search for the cause of several deadly labor accidents in and around Tokyo Bay. Each detective applies their own style of investigation and they soon uncover a labyrinth of deceit with connections to the Japanese and American militaries! As they continue their investigation, Kusumi begins to suspect Hata's new girlfriend, Saeko, a genetic research scientist may be involved. However, neither is prepared for their encounter with the ravenous biological weapon, WXIII: Wasted Thirteen. While the detectives are the only survivors of the encounter, the government covers up the incident, and they must work with the military to lure the monster into a brutal showdown with the Patlabors of Special Vehicle Unit 2! This special edition version will also include a full DVD of the Mini-Pato animated parody short films featuring screenplays by Mamoru Oshii, directed by Kenji Kamiyama (Jinroh, Blood), and character designs and animation by Tetsuya Nishio (Jinroh)! The third disc of extras includes: textless opening (with a sing-a-long feature), TV commercials, layout gallery with the "Say Young" radio program, 5.1 Channel Sound Gallery, a project pilot film, and three documentaries on Patlabor, the making of WXIII and the cast!