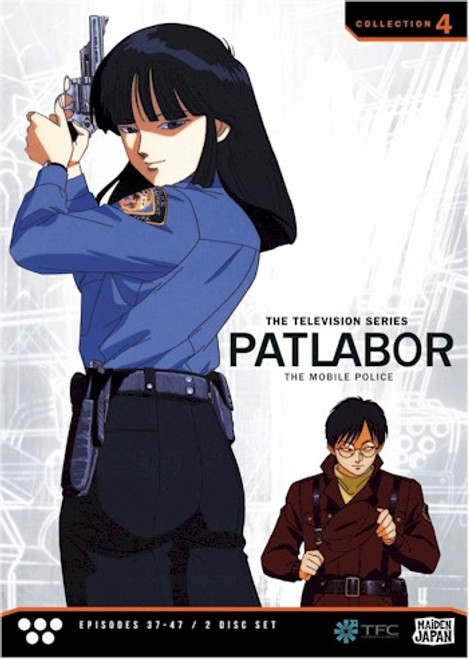 The war on crime and the battle for superior technology collide as Shinohara industries unleashes a rash of new Labor designs and SV2 finds itself stuck in the middle of product evaluation trials. That would be trying enough at any time, but when the department's already being overwhelmed with handling security for the upcoming Babylon Project Conference, fighting terrorists, insurance investigators and even tracking down monsters in the sewers, it may be the final straw that breaks the Ingram's back. And if all that wasn't enough pressure, SV2's rivalry with Division One escalates to all out warfare when SV1 gets the first of the latest production models. The gloves are off and there's a heavy metal smackdown on the horizon as Noa must strap herself into the cockpit once again to prove that her Alphonse is still the undisputed king of robotic law enforcement! The girl in the iron mech and the heavy hitters of the SV2 take on the jobs no one else is big enough to handle in MOBILE POLICE PATLABOR TV - COLLECTION 4!