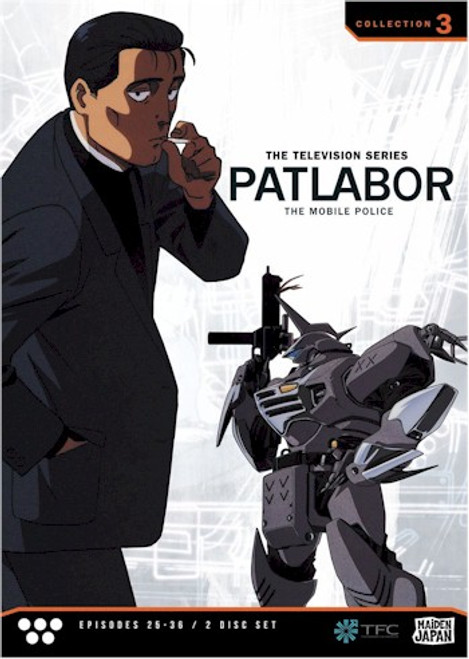 With Kanuka having returned to New York, the search is on for her replacement as Ohta's backup, and the pressure on Shinshi to step up is so severe that he contemplates leaving for a civilian job. At the same time, the powers that be are taking the opportunity to make some other sweeping changes as well, introducing an experienced new member to the team in the form of Takeo Kumagami. However, the addition of another female to the SV2 is the least of Noa's problems, as a new series of stunning Labor-related crimes rapidly escalates into an all out war against the Mobile Police. Unlike any previous encounters, the SV2 are now up against a superior form of Labor and possibly even better pilots! And just to make the disaster complete, the Police Chief's proposed new economic move to cheaper Labors may ultimately result in the scrapping of Division 2's Ingrams. As the terrifying Griffin stalks the streets and skies of Tokyo, the Second Special Vehicles Division must fight a battle for survival on multiple fronts in the third riveting volume of MOBILE POLICE PATLABOR TV - COLLECTION 3!